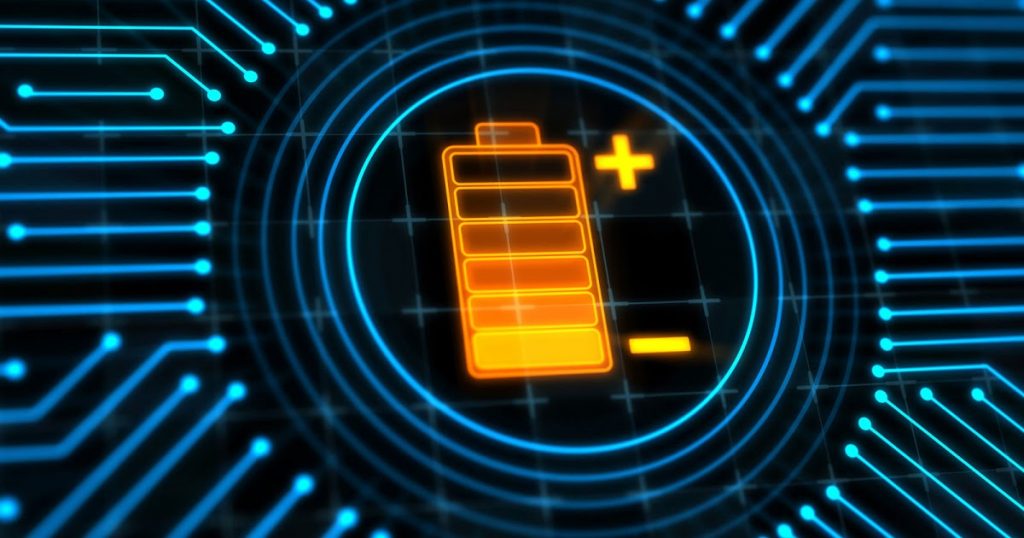 In the transition to future plants by improving plant structure, plant digitization, and plant processes, battery manufacturers can reduce the cost of battery packs by about 20% per million KWH. Battery production costs other than materials are expected to be reduced by 20~35%. The adoption of digital technology can reduce costs and thus promote the economic development of new battery materials and related mechanical design. Transition to future plants by improving plant structure, plant digitization, and plant processes, battery manufacturers can reduce the cost of battery packs by about 20% per million. Battery production process costs other than materials are expected to be reduced by 20~35%. The adoption of digital technology can reduce costs and thus promote the economic development of new battery materials and related mechanical design.

Each stakeholder must take action to capture interests

Battery manufacturers must digitize existing plant equipment or build new plants with future plant concepts. future battery plants can reach the level of price competition with fuel vehicles by 2030 by reducing the landing costs of American and western European carmakers.

The era of electric vehicles is coming, and batteries will gradually become the main power source of movement. To gain market share and achieve economies of scale, battery producers need to significantly increase their production capacity. But it could cause a downturn across the industry.

BCG expects global battery production to exceed demand by about 40% in 2021, which will put huge pressure on battery prices. Even emerging battery producers have had to cut prices sharply to gain a share of sales in competitive markets. Only by reducing the cost of battery production can battery manufacturers reduce their selling prices on the premise of ensuring profits.

BCG study found that in the market with excess capacity, improving the performance of battery production is the most effective way to improve market competitiveness. Battery manufacturers can improve production operation efficiency only by implementing the concept of future factories and using the technology of industry 4.0 to improve plant structure and plant processes. (cf. Boston Consulting (BCG), Future Factory Research 2016)

By shifting to future factories, battery makers can reduce capital spending, increase yields while spending daily, and thus reduce the cost of batteries by about 20% per million hours. 20~35 per cent reduction in production costs (excluding materials) can be achieved through key components of battery production: electrode production, battery assembly, battery completion. Among them, in the process of electrode production, the production rate can be improved by shortening the drying time, and the cost of production equipment is reduced accordingly. In the process of battery assembly, the automatic parameter setting of data drive improves the production precision and shortens the production time. In the battery finished factory, by shortening the molding and aging time, the capital cost can be greatly reduced.

Battery manufacturers and automobile manufacturers must take appropriate measures to effectively reduce these production costs. Manufacturers can digitize existing plant structures and processes and design them as future plants. For electric car manufacturers in the United States and Western Europe, the realization of battery future plants will prompt electric vehicles to have the price level to compete with traditional fuel vehicles by 2030. By forecasting electric vehicles, we estimate the market demand for batteries. (See Figure 1 and EV tipping points: Electrodynamic, Autopilot, and Shared Travel – The Future of the Automotive Industry, BCG Focus, January 2018. The model takes into account the battery capacity requirements and usage rates of the four electric vehicles, with the following assumptions:

Medium-sized hybrid electric vehicles (MHEVs) have an internal combustion engine and a small power motor with a battery capacity of about 5 kWh. we assume that by 2030 MHEVs will account for 15% of the global car market.

The hybrid car (HEV) has an internal combustion engine and a medium motor with a battery capacity of about 10 kWh, assuming a market share of about 13% in 2030.

Plug-in hybrid electric vehicles have an ICE and a high-power motor with a battery capacity of about 18 kWh, assuming a market share of only 6% in 2030.

A pure electric vehicle (BEVs) has an electric motor powered by a large capacity battery. Depending on the type of vehicle, the capacity of the battery is likely to reach up to 110 kWh, while assuming that BEVs market share will be around 14% in 2030.

City car. This kind of small car is usually suitable for short trips in the city. Its battery can be filled overnight through the standard voltage of the garage or street socket. we predict that this type of car will account for about 20% of the BEV market share in 2030.

Home car. This type of car is suitable for mid-range, inter-city travel. The battery needs to be charged through a high power charging pile for about 30 minutes to 60 minutes. are expected to account for about 40% of the BEV market share in 2030.

A fancy car. Electric vehicles with the most powerful engines in the BEV can travel 500 miles. the full battery filling will take about 2 hours. Charge for 15 minutes and drive at least 125 miles. Cars are expected to account for about 25 per cent of the BEV market in 2030.

Self-driving taxi. Such cars will be used for urban transportation. Advanced fleet management and fast charging technology (10~15 minutes) for high-power power stations allow mileage up to 125 miles. Unmanned cars will be sold to fleet managers rather than consumers. At the same time, we expect such cars to account for about 15% of the BEV market share in 2030.

Car manufacturers need not only larger battery capacity to meet the needs of electric vehicles but also cheaper batteries. Benchmark levels in the industry at this stage indicate that power transmission systems (including motors, power electronics and battery packs) will account for more than 50% of BEVs costs. In contrast, the power transmission system of internal combustion engine vehicles accounts for only about 16% of the cost of traditional vehicles (see figure 2). Battery pack (including battery management system) accounts for about 35% of the total vehicle cost and is the main cost expense. As a result, companies that try to reduce BEVs costs must achieve one goal: to reduce the cost of the battery pack. A battery pack consists of multiple cell modules, while a cell module typically contains other 6~12 cells. Among them, the battery is the most costly component, accounting for about 70% of the total cost of the battery pack. At this stage, although most large automobile manufacturers outsource battery production to battery production companies, the modules and packaging of batteries will continue within the automobile companies. This is because battery modules and packages are the main factors that determine the driving mileage and charging rate of electric vehicles, and car manufacturers want to be able to control the space for battery pack use and cooling. The future will make the battery pack more important in car design.

To reduce battery production costs through economies of scale, major battery plants have announced in the past year that they will increase production capacity. For example, China’s battery maker, ningde time, announced that it would set up its first power-cell plant in Europe in Germany, while US automaker Tesla said it was considering building a battery plant in Germany. As China’s manufacturing capacity grows ahead, future super-battery plants are expected to emerge in Asia.

by 2021, the global total battery installed will more than double. Despite the huge increase in global demand for power batteries, it will not catch up with planned battery production in the short term. About 40% of the world’s battery capacity is expected to be idle by 2020, compared with more than 60% in China. Also, many new plants that produce battery designs will soon be phased out.

To make full use of the capacity of battery plants, battery manufacturers need to significantly reduce battery prices. In fact, we expect that the price will be reduced by more than 50% in the next 10 years. The solar panel industry is a typical example: the excess capacity of 35% in the solar cell industry from 2006 to 2015 led to a price drop of more than 50%.

Lower battery prices will lead to a corresponding reduction in manufacturing costs to ensure production profits. as of 2021, the cost per kilowatt-hour will be reduced from $195 in 2018 to $153. By contrast, the 2010 forecast is more favorable for producers, with the 2010 forecast profitable production costs of $270/ kWh. for 2021 The forecast for 2018 has fallen by 28%.

Based on the current forecast, the price of a battery pack for a medium electric vehicle will be between $7600~$10,700 in 2021. For this scenario, the difference between this category of electric vehicles and diesel locomotives would fall to less than $5,000, thus giving BEVs the price level to compete with diesel locomotives, in particular considering the tax reduction policy for the purchase of electric vehicles. Although the low price difference will promote the use of BEVs, it will not eliminate the future battery overcapacity phenomenon.

Battery producers must find solutions to price pressures caused by overcapacity. then companies that want to enter the industry with innovative products face the additional challenge of having to cope with lower prices before achieving economies of scale.

Since batteries account for about 70% of the total cost of the battery pack, cell production is the most important step to achieve the battery pack price reduction target. production costs (excluding materials) account for 30% to 40% of battery costs. (Module and package costs are not covered by our discussion)

Companies can produce high energy density batteries by investing in a new production process (called stacking). Because of excessive capital demand, increasing the energy density of batteries through their own innovation will not be enough to save the economy of the whole industry. And battery manufacturers do not pay enough attention to digital technology to reduce production costs. Since labor costs account for only a small part of the overall battery production costs, the concept of future factories is the most effective way to reduce production costs.

IEA: By 2040, nearly half of the world’s cars will be electric vehicles

Challenges and Opportunities for the Global Battery Storage Market

Made by Right Left Brains